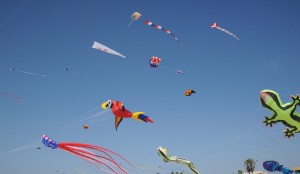 Will you be in Miami this fall? If so, you’re in luck! While spring and summer are popular times to visit Miami, the city offers tons of spectacular events during the fall. From film and food festivals to art and music events, check out the top 5 fall events in Miami from Hussain al Nowais.

Which fall event are you most looking forward to attending?